Greetings Fellow bloggers and readers! I hardly have time to type a post in my current state, but I am always growing my knowledge as we all should be doing. Remember, life waits for no one, literally. So I am enjoying this article today and thought I’d share with you (thus my post on “sharing is caring”). So read, gain knowledge, and share too. Peace, love and prosperity!

P.S. – Article/images credit to Acorns Investing (my new make money with minimal effort) and of course if I write about it, I definitely have dabbled in it, and that experience was instrumental while planning my last minute vacation to New Orleans in July of this year!)

Author Nancy Mann Jackson writes regularly about personal finance and business. Her work appears on Fortune.com, CNBC.com, Entrepreneur, and DailyWorth, among others.

Being a millionaire isn’t quite as unique as it used to be. In 2015, there were 10.1 million American households—that’s 8.3 percent of the total population—with a net worth of at least $1 million, compared to just 5.9 percent in the heart of the Great Recession.

Yet hitting the million-dollar mark remains a landmark goal for Americans. For many, it symbolizes ultimate financial freedom.

While it’s easy to assume that people with millions in the bank got there by inheriting family money or raking in massive salaries, plenty earn their fortunes by living frugally, investing wisely and creating their own income-producing opportunities.

Here’s how four ordinary Americans became millionaires in their own right: the frugal investor, the diversified real estate mogul, the savvy successor and the persistent business owner. 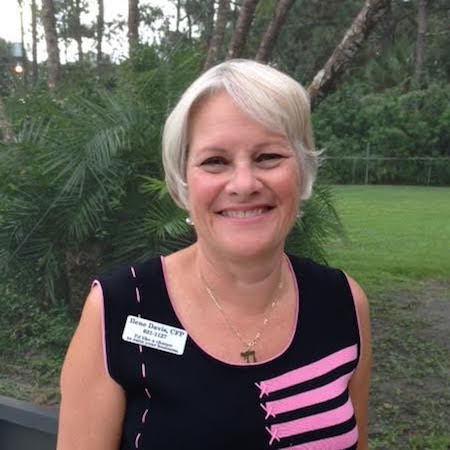 Starting out: Though Davis was first exposed to the market when her mother bought her some stock at 18, it wasn’t until she made the major career leap from computer programmer to stockbroker for E.F. Hutton at age 32 that she started investing strategically.

While Davis’s previous job paid the bills, she says it wasn’t fulfilling. Becoming a stockbroker, on the other hand, was a chance to “do something I really loved: investing and helping others save for retirement,” she says.

Finding success: At the start of her new career, Davis invested about 25 percent of her income into profit-sharing and a money-purchase pension plans—retirement benefits offered by her employer that allowed her to share in company earnings. She also maxed out her IRA and made additional investments in stocks and mutual funds. In total, she invested about 40 percent of her “middle-level” income, she says, which has averaged about $75,000 over the past 30 years.

While investing 40 percent is significant, Davis, who currently lives with her boyfriend of 24 years and doesn’t have kids, says she didn’t have “any real reason to spend much.” She prefers shopping in consignment shops, bought a house that was heading into foreclosure and furnished most of it with Craigslist and thrift-store finds and drives used cars until they need regular repairs.

“I am not big on going out to dinner, either, and if I go, it’s where I have coupons. I would much rather cook and have friends over,” she says. “Basically, I have a full life, but little need to impress others with how much I can spend. So my lifestyle is really pretty inexpensive, relative to my income.”

While she does select her own investments, Davis says she initially made a lot of mistakes picking individual stocks. “It’s just too tempting to ‘play’ [or make regular trades],” she says. “Serious wealth accumulation started when I committed to investing on a regular basis in mutual funds, and then left them to other professionals.”

By the time she reached age 50, Davis had accumulated her first of more than $2 million of net worth.

Advice for others: To build wealth, “start now,” Davis says. “Regardless of how much or how little you earn, invest at least 10 percent for the long term.” And build from there.

Finally, don’t be preoccupied with market ups and downs. “When the market has really bad days, weeks or months, decide if the world is truly ending. If not, invest more—or just don’t look at your statements to avoid temptation to react,” she says. “Remember the advice from Warren Buffett: ‘Time in the market instead of timing ofthe market is the key to building wealth.’” 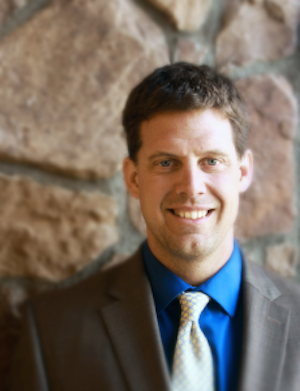 Starting out: After graduating from the University of Colorado in 2001, Ferguson joined his father’s real estate business—just “until I found a ‘real job’ in finance,” he says. Ferguson soon realized, however, that he enjoyed the work and decided to stay, become a Realtor and flip a few houses with his dad each year.

But he struggled at first. “I did not sell many houses as an agent and made almost all my money from the occasional flip,” Ferguson says. “In 2006, I made a total of $26,000, mostly because I did all the [construction] work myself on one flip. It took all my time and cost me so much money in opportunities lost. However, it also opened my eyes and made me realize I had to change the way I was doing things.”

Finding success: Ferguson didn’t find his groove until he discovered his own niche in 2007: selling foreclosures for banks. With a degree in finance, Ferguson knew how to talk to bankers, and although he still worked under the umbrella of his father’s company, he realized working with banks was a better fit than working with individual sellers.

With a new plan in place, he began listening to self-help CDs for motivation, attended industry conferences and cold-called banks to ask about listing houses. Once he was “in” with some banks, Ferguson’s numbers shot up from selling 10 houses a year to more than 200 annually, just four years later.

After becoming a successful agent, Ferguson refocused on flipping houses. He built a team and upped his quota from two or three flips a year to seven or eight—netting about $33,000 in profit each time. Then in 2010, he started buying rental properties.

“Rentals give me passive income forever if I don’t sell the properties,” he explains. “I own 16 rentals now, which provide about $8,000 [of income] a month after mortgages, taxes, insurance—[plus accounting for] possible vacancies and maintenance.”

Finally, three years ago, Ferguson launched Investfourmore.com, a real estate investing site that helps him rake in an additional five figures a month through avenues like coaching and online training programs, ebooks, affiliate relationships and referrals to other agents. That same year, Ferguson earned his first million—the majority of which came from his rentals and house flips.

“My success came from focus, building a team and adding more sources of incomeonce a business was running smoothly,” he says.

Advice for others: “You do not have to invent something or have a great idea to be wealthy. You need to choose a field to be in, or a business to start, and just do it as well as you can,” Ferguson says. “There are no shortcuts. Hard work and persistence are what people notice. The more you can save and reinvest into yourself or your company in the beginning, the faster you will grow.” 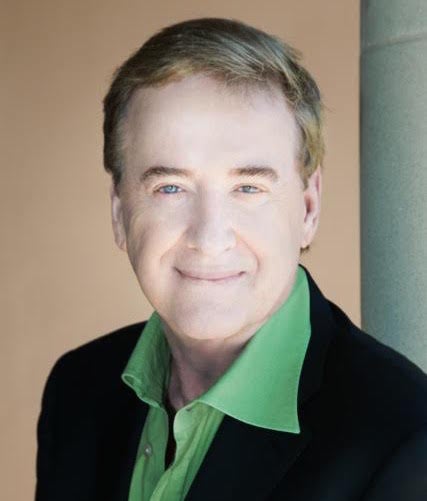 Starting out: At just 15 years old, Markham was already married with one daughter, and needed a way to support his family—so his mother suggested he become a barber like his uncle. “I went to barber school and found I was quite good cutting hair,” Markham says, noting that he started out charging just $1.50 per haircut in New Mexico.

He soon realized he had a flair for styling, too, so he enrolled in courses and contests to improve—culminating in a silver medal win at the 1967 Hair Olympics. Within just a few years, he was charging $75 per cut.

Finding success: After reading about celebrity hairstylist Jay Sebring, who’d started the first professional product line for men, Markham was intrigued and contacted him about becoming a distributor. Little did he know that this business relationship would define his career: Markham not only became a distributor, but also Sebring’s protégé—and eventual successor.

After Sebring’s untimely death in 1969, Markham took over his business, and continued refining the products. “I was always looking for ‘a better mousetrap’ and began experimenting with ways to improve,” he says. “If a product I desired did not yet exist, I would develop it myself. Having celebrity clients enabled me to get a ton of publicity on television, radio and print, which ultimately helped build my credibility, and [helped] the brand sell more products.”

Over the years, Markham launched additional hair care companies, including Pureology and ColorProof Evolved Color Care. Markham earned his first million in 1997 through the sale of ABBA® Pure & Natural Products, and now has a total net worth of more than $100 million.

Though he’s tried retirement, he didn’t find it fulfilling and returned to the beauty industry he loves. He currently serves as Product Developer and CEO at ColorProof and is also an active philanthropist, supporting charities such as the National Ovarian Cancer Coalition, Habitat for Humanity and City of Hope.

Advice for others: In addition to choosing great mentors who can help elevate your career and continually creating new opportunities for yourself, Markham says one of the biggest keys to his success is investing with the right mindset.

“I’m an investor in stocks, bonds and real estate. I save consistently, invest conservatively and think long-term,” Markham says.

Starting out: In 2003, Holt started a small cleaning service along the Gulf Coast of Northwest Florida with just two part-time employees and a handful of customers. He worked 70- and 80-hour weeks without a paycheck for almost two years to keep the business afloat.

“It was a grind, and there seemed to be no end in sight,” Holt says. But from the beginning, he had a “big dream” and a specific vision to slowly build a successful business and scale the brand across the country.

Finding success: Finally, after two years of struggling, Holt had a light-bulb moment to change the structure of the business, which signaled a turning point for Two Maids and a Mop.

“Every time we clean a home, the customer rates their level of satisfaction on a scale from 1-10,” Holt explains. “The rating directly determines the actual compensation for the two employees responsible for cleaning the home. The compensation plan saved my business early on and continues to serve as the business’s most unique selling tool.”

Once the compensation plan took hold, aligning the interests of employees with the customers’, the company grew quickly. From 2006 to 2012, Two Maids and a Mop opened 11 new stores across the Southeast. In 2013, they branched out intofranchising—and currently serve 25 markets across the country.

Holt’s business has allowed him to build a net worth of more than $2 million, affording him a million-dollar home and regular vacations to exotic locales like Turks and Caicos and Playa del Carmen.

But he’s still careful not to spend frivolously and to find savings opportunities when possible. “Every dollar spent inside our household flows through our family credit card,” Holt says. “In turn, we accumulate rewards points and travel the world. In most cases, our only cost is the entertainment while on vacation.”

Advice for others: “My story is pretty romantic today, but those early days were filled with stress, anxiety, fear and outright pessimism,” Holt says. “It takes more than just a healthy savings account or even good luck to build personal wealth because you will be tested daily throughout your journey. Creating a vision for my success is the only reason that I’m still standing today.”

That’s why Holt advises visualizing your goal, believing in it and respecting it. “Your success won’t be created overnight, but you’ll have the best chance of long-term success if you have faith,” he says.

That’s all for now. Until next time…

3 Replies to “Sharing is caring! Enjoy and grow!”

Say I Love You!