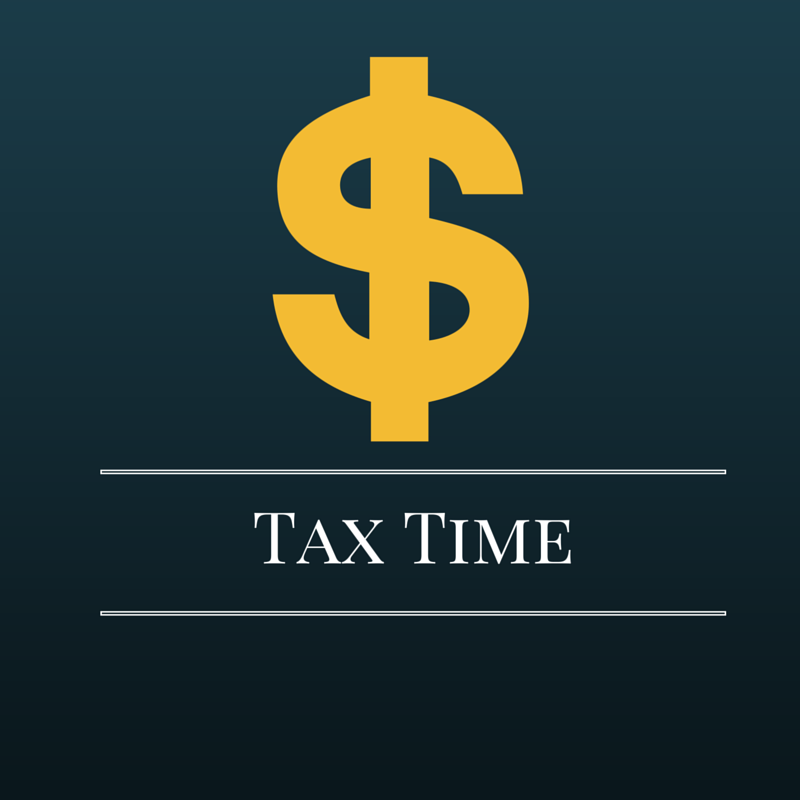 So, I’ve dreaded writing about this topic since January, 2016. Mostly because I despise the taxing work of collecting the reports for claiming taxes! The earned income credit was my friend, but now, I have to collect more paperwork to get more deductions. So, I’ll have to research the IRS website to find out what laws have changed and scan more receipts. Welp, that’s life and it is what it is until I decide how to get off the grid. In the meantime, here is a good read about the history of taxes throughout time in chronological order.

During the various reins of the Egyptian Pharaohs tax collectors were known as scribes.  During one period the scribes imposed a tax on cooking oil.  To insure that citizens were not avoiding the cooking oil tax scribes would audit households to insure that appropriate amounts of cooking oil were consumed and that citizens were not using leavings generated by other cooking processes as a substitute for the taxed oil.

In times of war the Athenians imposed a tax referred to as eisphora.   No one was exempt from the tax which was used to pay for special wartime expenditures.  The Greeks are one of the few societies that were able to rescind the tax once the emergency was over.  When additional resources were gained by the war effort the resources were used to refund the tax.

Athenians imposed a monthly poll tax on foreigners, people who did not have both an Athenian Mother and Father, of one drachma for men and a half drachma for women.  The tax was referred to as metoikion

The earliest taxes in Rome were customs duties on imports and exports called portoria.1

Caesar Augustus was consider by many to be the most brilliant tax strategist of the Roman Empire.  During his reign as “First Citizen” the publicani were virtually eliminated as tax collectors for the central government.  During this period cities were given the responsibility for collecting taxes.  Caesar Augustus instituted an inheritance tax to provide retirement funds for the military.  The tax was 5 percent on all inheritances except gifts to children and spouses.   The English and Dutch referred to the inheritance tax of Augustus in developing their own inheritance taxes.

Saint Matthew was a publican (tax collector) from Capernaum during Caesar Augustus reign.  He was not of the old publicani but hired by the local government to collect taxes.

In 60 A.D. Boadicea, queen of East Anglia led a revolt that can be attributed to corrupt tax collectors in the British Isles.  Her revolt allegedly killed all Roman soldiers within 100 miles; seized London; and it is said that over 80,000 people were killed during the revolt.  The Queen was able to raise an army of 230,000.  The revolt was crushed by Emperor Nero and resulted in the appointment of new administrators for the British Isles.1

The first tax assessed in England was during occupation by the Roman Empire.

Lady Godiva
Lady Godiva was an Anglo-Saxon woman who lived in England during the 11th century. According to legend, Lady Godiva’s husband Leofric, Earl of Mercia, promised to reduce the high taxes he levied on the residents of Coventry when she agreed to ride naked through the streets of the town.

When Rome fell, the Saxon kings imposed taxes, referred to as Danegeld, on land and property. The kings also imposed substantial customs duties.

The 100 years War (the conflict between England and France) began in 1337 and ended in 1453. One of the key factors that renewed fighting in 1369 was the rebellion of the nobles of Aquitaine over the oppressive tax policies of Edward, The Black Prince.

Taxes during 14th century were very progressive; The 1377 Poll tax noted that the tax on the Duke of Lancaster was 520 times the tax on the common peasant.

Under the earliest taxing schemes an income tax was imposed on the wealthy, office holders, and the clergy. A tax on movable property was imposed on merchants. The poor paid little or no taxes.

The King’s Writ stated that individuals should be taxed according to status and means. Hence the idea of a progressive tax on those with the ability to pay was developed very early.

Other prominent taxes imposed during this period were taxes on land and various excise taxes. To pay for the army commanded by Oliver Cromwell, Parliament, in 1643, imposed excise taxes on essential commodities (grain, meat, etc.). The taxes imposed by Parliament extracted even more funds than taxes imposed by Charles I, especially from the poor. The excise tax was very regressive, increasing the tax on the poor so much that the Smithfield riots occurred in 1647. The riots occurred because the new taxes lowered rural laborers ability to buy wheat to the point where a family of four would starve. In addition to the excise tax, the common lands used for hunting by the peasant class were enclosed and peasant hunting was banned (hooray for Robin Hood).

A precursor to the modern income tax we know today was invented by the British in 1800 to finance their engagement in the war with Napoleon.  The tax was repealed in 1816 and opponents of the tax, who thought it should only be used to finance wars, wanted all records of the tax destroyed along with its repeal.  Records were publicly burned by the Chancellor of the Exchequer but copies were retained in the basement of the tax court.4

COLONIAL AMERICA
Colonists were paying taxes under the Molasses Act which was modified in 1764 to include import duties on foreign molasses, sugar, wine and other commodities. The new act was known as the Sugar Act.Because the Sugar Act did not raise substantial revenue amounts, the Stamp Act was added in 1765. The Stamp Act imposed a direct tax on all newspapers printed in the colonies and most commercial and legal documents.

POST-REVOLUTION AMERICA
In 1794 Settlers west of the Alleghenies, in opposition to Alexander Hamilton’s excise tax of 1791, started what is now known as the “Whiskey Rebellion” The excise tax was considered discriminatory and the settlers rioted against the tax collectors . President Washington eventually sent troops to quell the riots. Although two settlers were eventually convicted of treason, the President granted each a pardon.

In 1798 Congress enacted the Federal Property Tax to pay for the expansion of the Army and Navy in the event of possible war with France.  In the same year, John Fries began what is referred to as the “Fries Rebellion,” in opposition to the new tax.  No one was injured or killed in the insurrection and Fries was arrested for treason but eventually pardoned by President Adams in 1800.   Surprisingly, Fries was the leader of a militia unit called out to suppress the “Whiskey Rebellion.”2

The first income tax suggested in the United States was during the War of 1812. The tax was based on the British Tax Act of 1798 and applied progressive rates to income. The rates were .08% on income above £60 and 10 percent on income above £200. The tax was developed in 1814 but was never imposed because the treaty of Ghent was signed in 1815 ending hostilities and the need for additional revenue.

The Tax Act of 1861 proposed that “there shall be levied, collected, and paid, upon annual income of every person residing in the U.S. whether derived from any kind of property, or from any professional trade, employment, or vocation carried on in the United States or elsewhere, or from any source whatever.

The 1861 Tax Act was passed but never put in force. Rates under the Act were 3% on income above $800 and 5% on income of individuals living outside the U.S.

The Tax Act of 1862 was passed and signed by President Lincoln July 1 1862. The rates were 3% on income above $600 and 5% on income above $10,000. The rent or rental value of your home could be deducted from income in determining the tax liability. The Commissioner of Revenue stated “The people of this country have accepted it with cheerfulness, to meet a temporary exigency, and it has excited no serious complaint in its administration.” This acceptance was primarily due to the need for revenue to finance the Civil War.

Although the people cheerfully accepted the tax, compliance was not high. Figures released after the Civil War indicated that 276,661 people actually filed tax returns in 1870 (the year of the highest returns filed) when the country’s population was approximately 38 million.

The Tax Act of 1864 was passed to raise additional revenue to support the Civil War.

Senator Garret Davis, in discussing the guiding principle of taxation, stated “a recognition of the idea that taxes shall be paid according to the abilities of a person to pay.”

With the end of the Civil War the public’s accepted cheerfulness with regard to taxation waned. The Tax Act of 1864 was modified after the war. The rates were changed to a flat 5 percent with the exemption amount raised to $1,000. Several attempts to make the tax permanent were tried but by 1869 ” no businessman could pass the day without suffering from those burdens” The Times. From 1870 to 1872 the rate was a flat 2.5 percent and the exemption amount was raised to $2,000.

The tax was repealed in 1872 and in its place was installed significant tariff restrictions that served as the major revenue source for the United States until 1913. In 1913 the 16th Amendment was passed, which allowed Congress authority to tax the citizenry on income from whatever source derived.

It should be noted that the Tax Act of 1864 was challenged several times. The Supreme Court unanimously supported the tax. After the war the tax was declared unconstitutional by the same court because it represented direct taxation on the citizenry which was not allowed under the constitution.

Social Security Tax Changes
Here is some interesting information about the changes in the FICA taxes since 1937. Thanks to Harold Eyer for pointing out this site.

The Tax History Project
This site is sponsored by the Tax Analysts group. The selections include “The Price of Civilization” which provides pictures and documents of tax policy during significant years of our history and “Presidential Tax Returns”. A recommended site.

Say I Love You!